GigaBlox Rugged is a very small layer 2 unmanaged and managed ethernet switch that fits four 10/100/1000Mbps copper ethernet ports in an ultra-compact 50mm x 55mm form factor. GigaBlox Rugged is designed to be a more rugged and more capable upgrade to our GigaBlox product and is designed for space, weight and price-sensitive (SWaP) industrial, mobile and military applications.

GigaBlox Rugged has an input voltage range of 10V to 60V with transient, overvoltage, and reverse polarity protection on board, meaning it can be dropped directly into a system powered by unregulated bus voltage. This wide input voltage range is particularly advantageous in motor control systems where additional voltage headroom is required due to motor voltage transients.

The -40°C to +105°C ambient operation range is achieved by using automotive/military-grade components whose operation is rated for -40°C to +125°C. 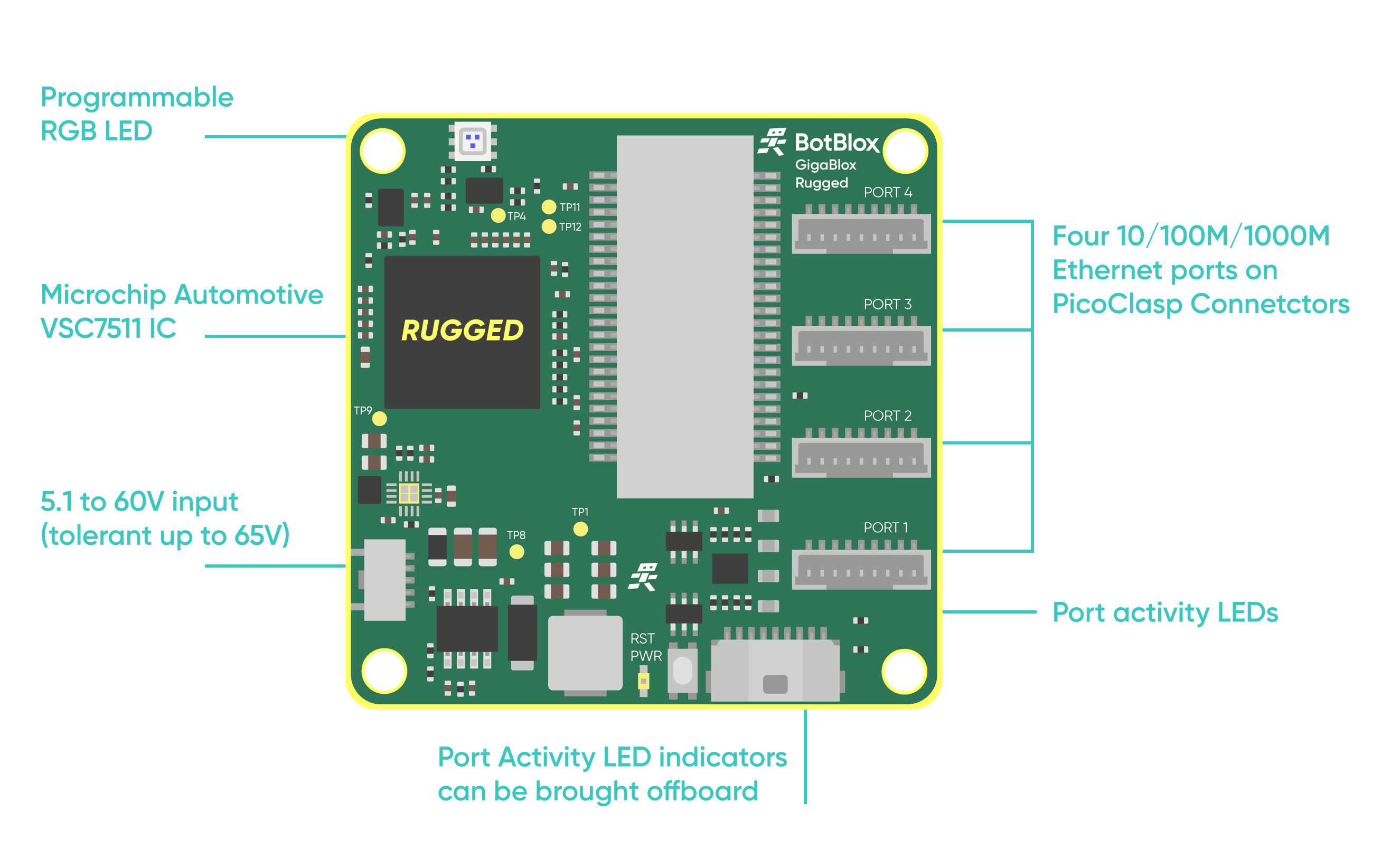 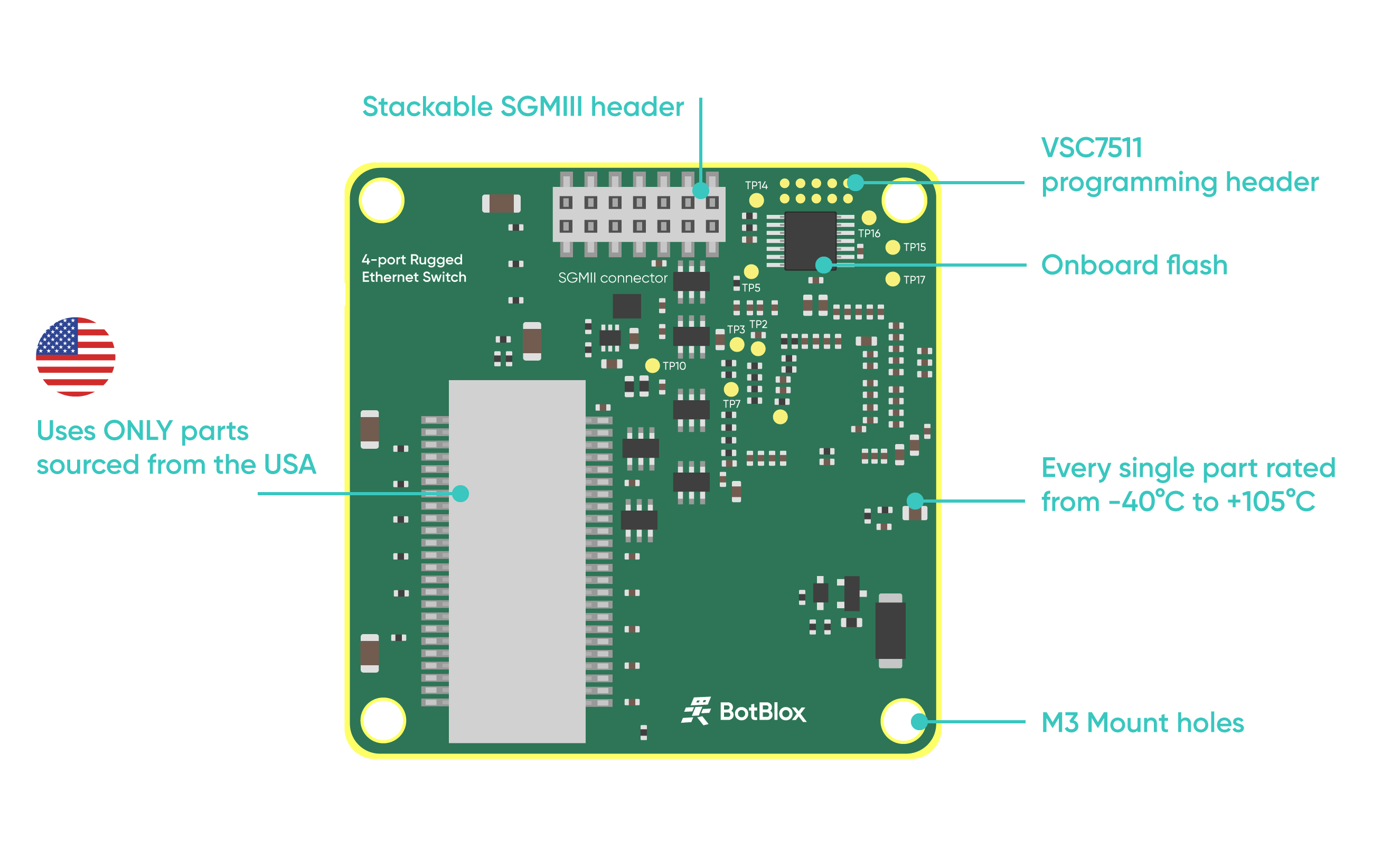 GigaBlox Rugged does not require any configuration and works “out-the-box” as an unmanaged layer 2 switch. More advanced management features are also possible thanks to the powerful embedded VSC7512 ethernet switch IC from Microsemi. Such features can be enabled by customizing the boot image using reference software from Microchip.

Initial performance tests for GigaBlox Rugged can be found here. 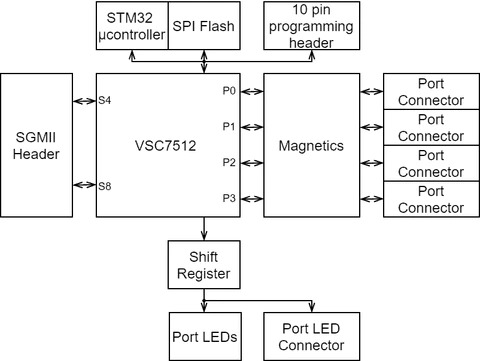 (Please note, the previous SKU of this board was BB-GGR-C-1)