SwitchBlox Industrial is an upgrade to our SwitchBlox board that provides the same functionality with a wider qualified temperature range and a smaller form factor.

SwitchBlox Industrial can be used as a drop in replacement for SwitchBlox for applications that run at wider temperatures. In many cases it is also a smaller alternative to SwitchBlox Rugged (when the upper 105°C limit is not required).

We developed SwitchBlox Industrial for two main reasons. Firstly we wanted to upgrade our initial SwitchBlox design to improve upon size, performance and temperature range. We also wanted to help mitigate some of the stock issues on our rugged boards by providing a "middle-ground" alternative to between the standard and rugged series. 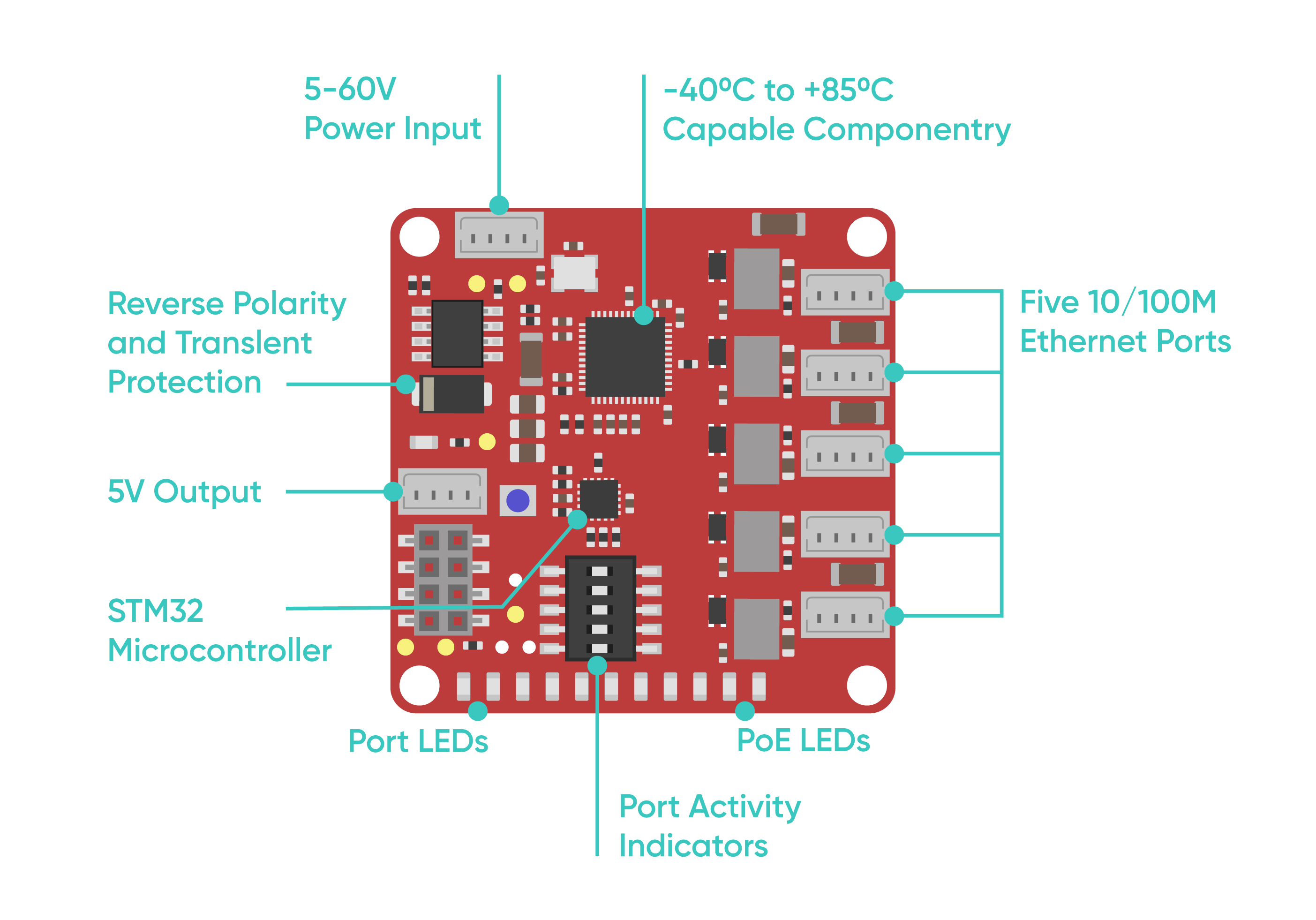 SwitchBlox Industrial provides the same five 10/100Mbps ethernet ports as SwitchBlox, however it achieves this in a 38mm (1.49 inch) square rather than a 44.5mm (1.75 inch) square.

We achieved by applying some of the design techniques we have learnt since designing SwitchBlox, namely our inter-layer differential trace placement, surface mount transformers, and optimal copper plane heat dissipation. 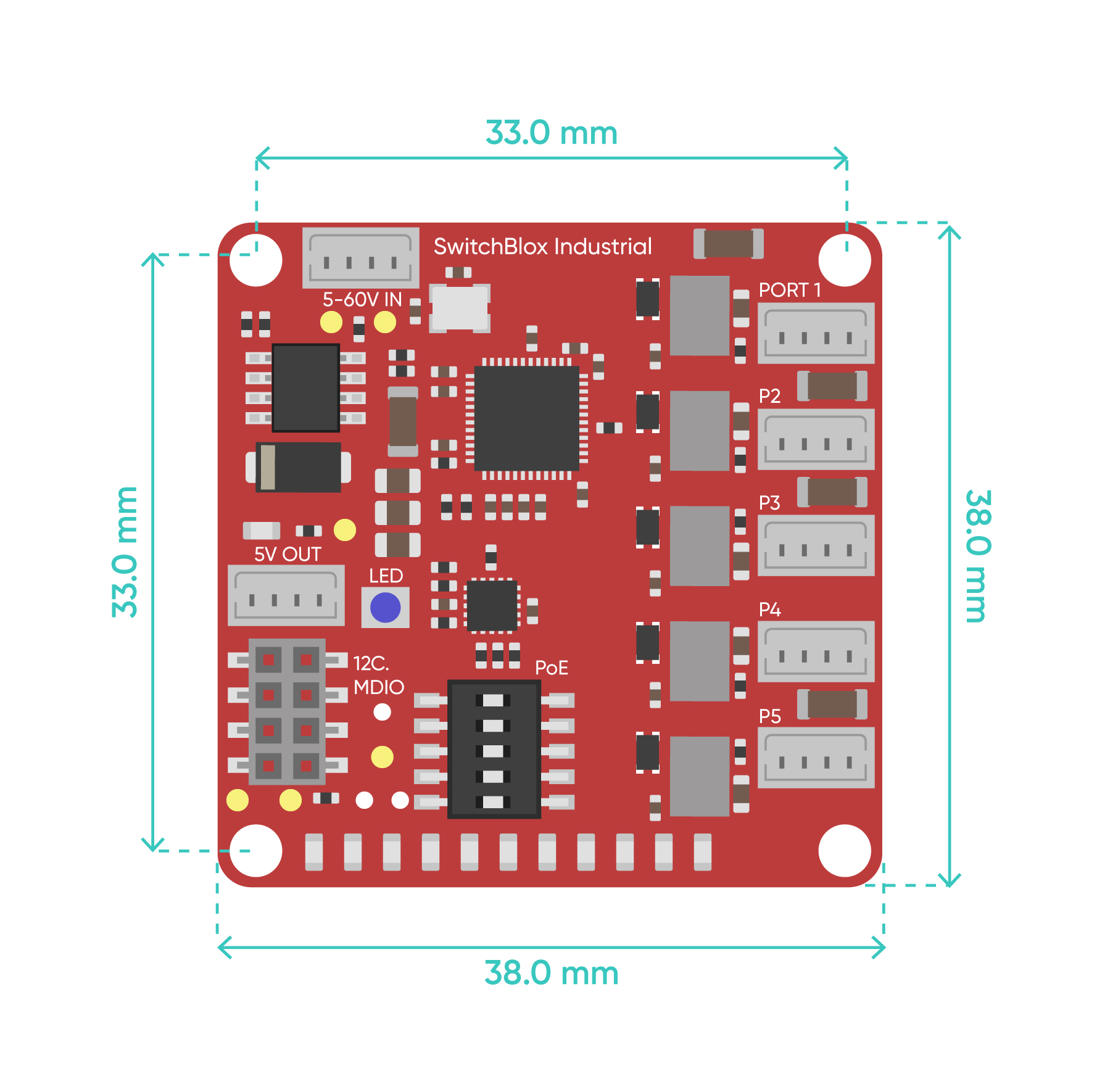 SwitchBlox Industrial has four M2 (2.2mm) holes for mounting into an application. This is different to the M3 holes used on the variety of our other boards.

All parts on SwitchBlox Industrial are rated to operate from -40°C to 85°C, meaning the board can be used in more demanding application that SwitchBlox. This is achieved by using industrially rated silicon and passives on the board.

Passive PoE is back!

SwitchBlox Industrial now implements the Passive PoE function that was originally present on SwitchBlox. This feature means the power input applied to SwitchBlox can be routed to any or all of its powers to power downstream devices. Which ports are connected is selected by way of a DIP switch on the front of the board. Note that a single 0R resistor needs to be soldered to the board to enable this feature.

Basic Switch Management is back!

SwitchBlox Industrial also contains an STM32 so that custom firmware can be loaded to implement VLAN and Port Mirroring, a feature that was originally present on SwitchBlox.