The manufacture quality of the GigaBlox Rugged Rev C board looks very good, similar to the previous batch. We like to evaluate quality by following the guidelines set out in the NASA workmanship standards. 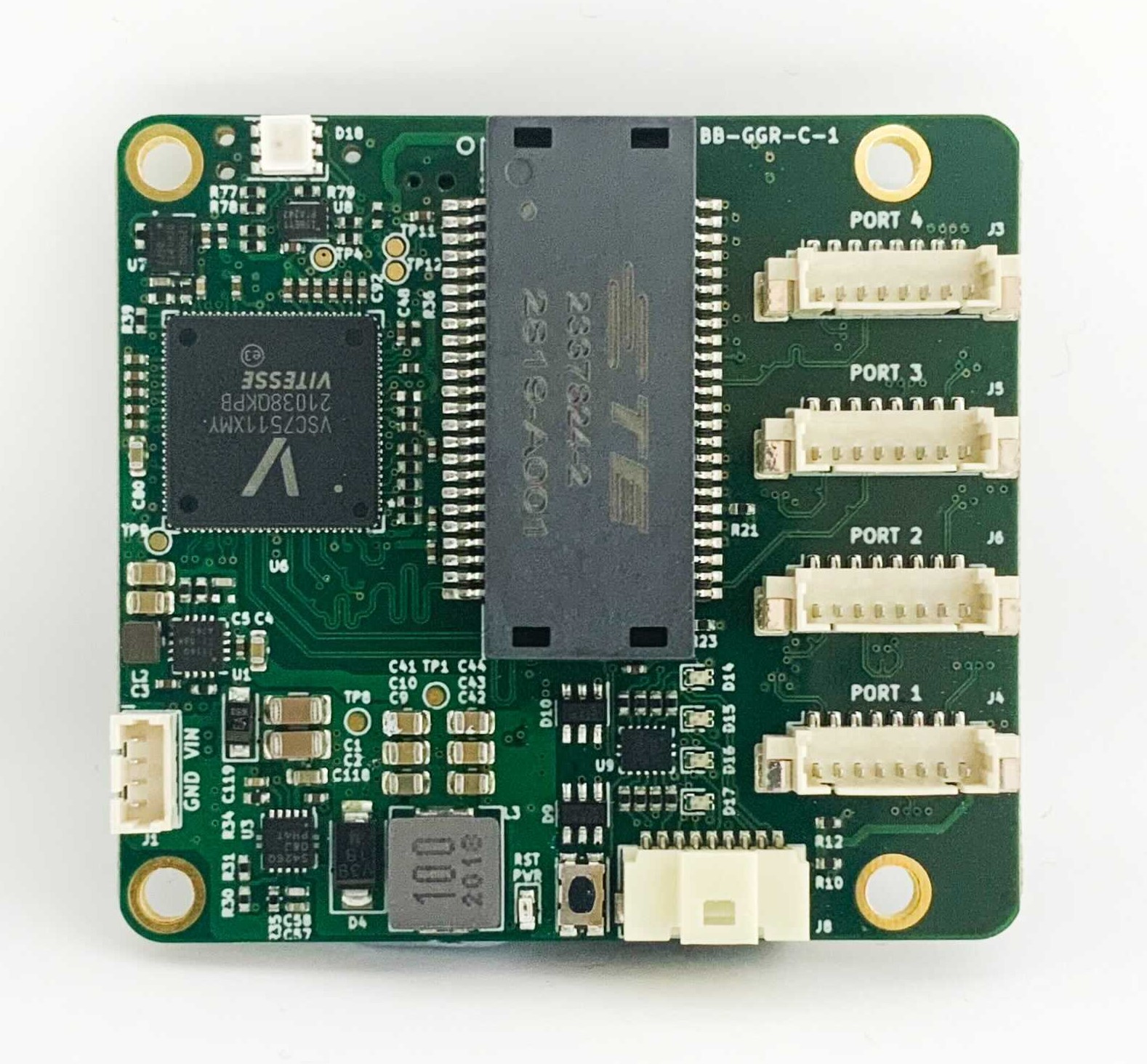 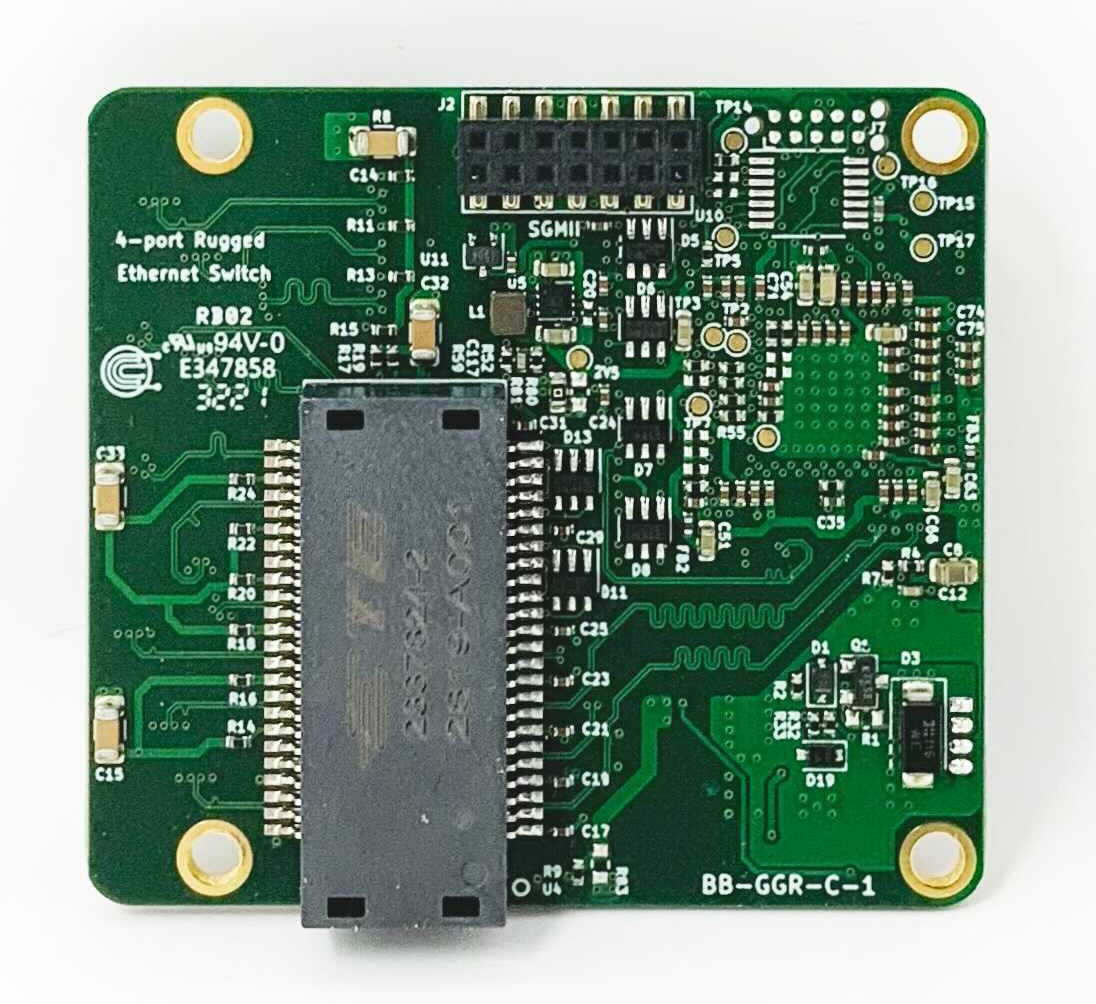 Inspecting the quality of solder quantity and component alignment on the fine pin pitch components. 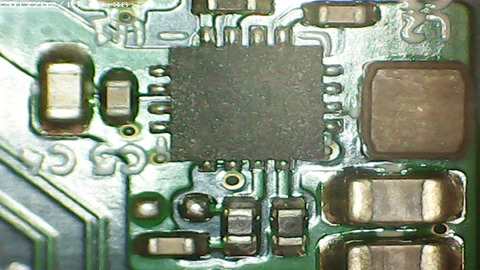 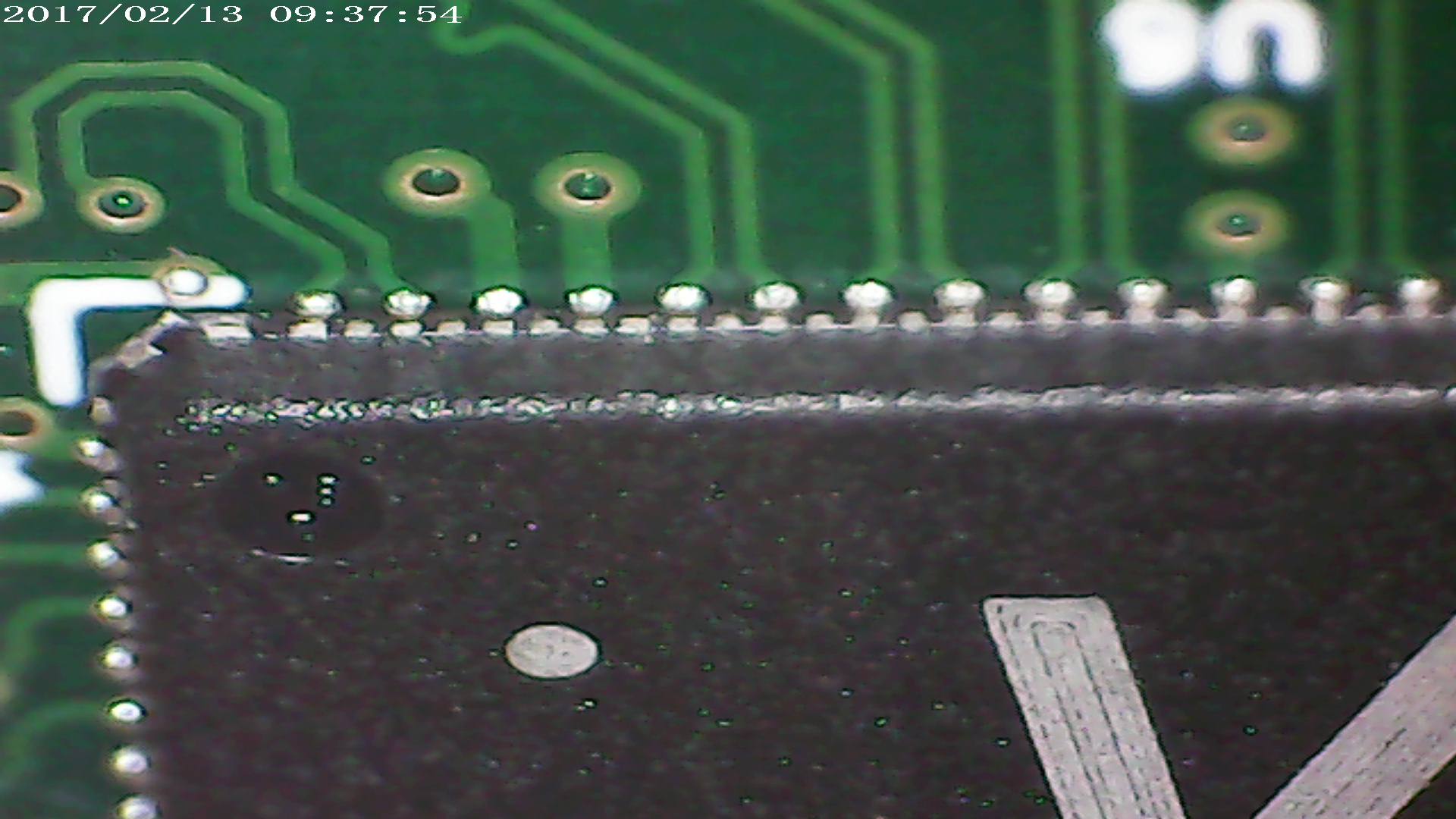 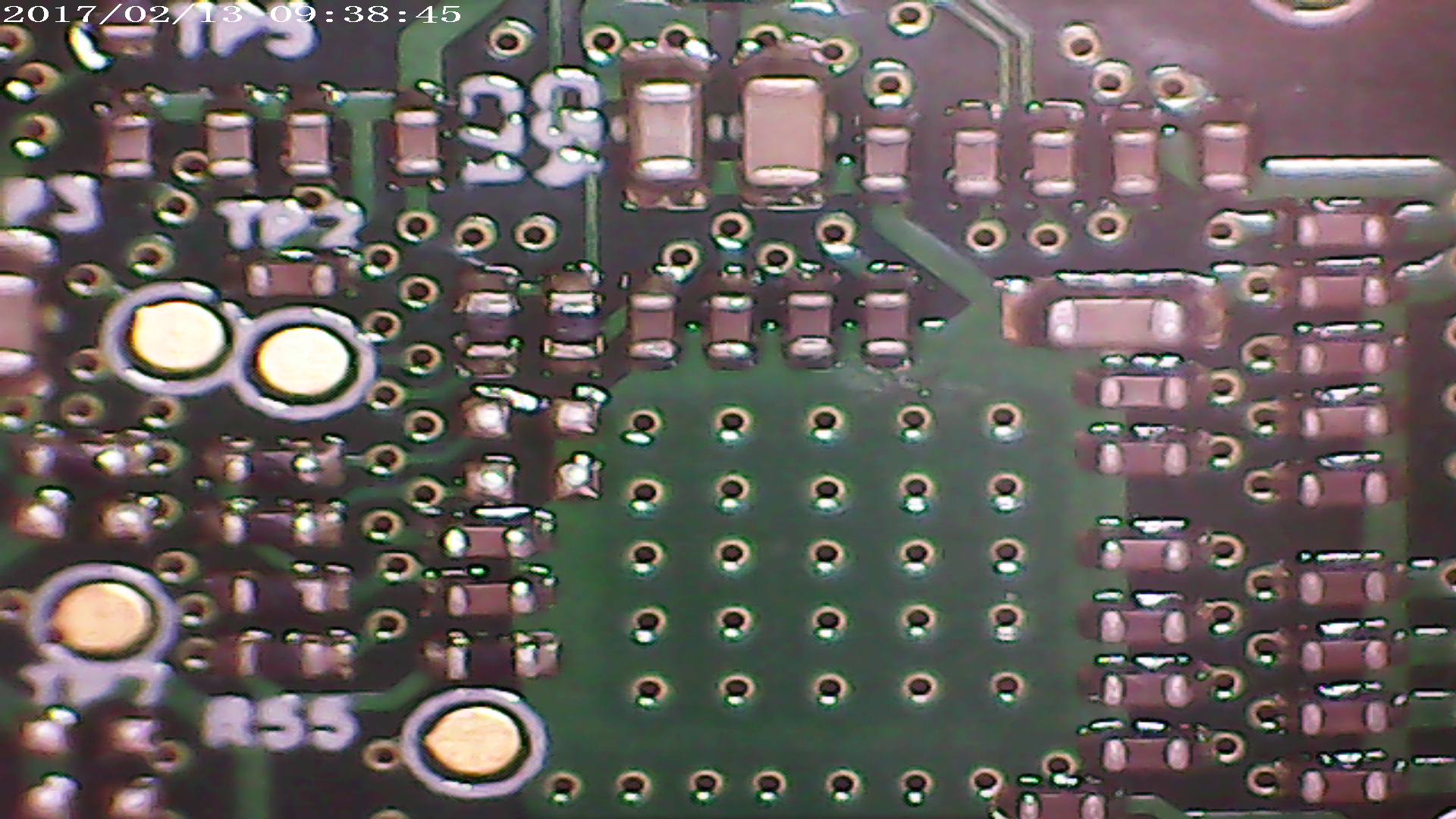 Our only criticism of the manufacture was the appearance of the conformal coating used, which appeared uneven in places. The image below highlight this coating under a light source. 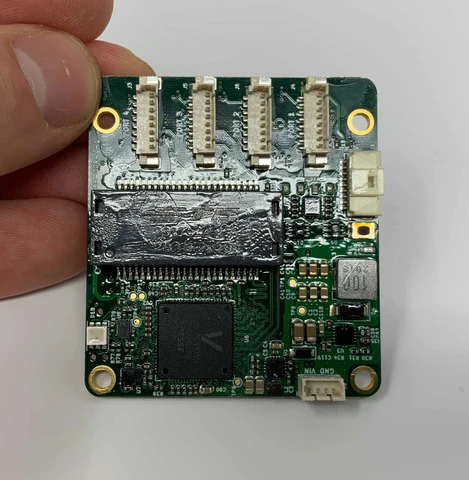 In general this is more of an aesthetic issue, because the thickness and consistency of the coating was relatively consistent and all crucial areas were covered. Unfortunately an uneven coating is somewhat unavoidable when the coating is applied by hand.

We switched back to using Pico-Blade connectors on this revision, meaning we can use our standard cable sets. We have had consistent success with this cable over our product range, so it seemed the natural choice to use this connection method rather than the Pico-Clasp cable used in the first revision of GigaBlox Rugged. 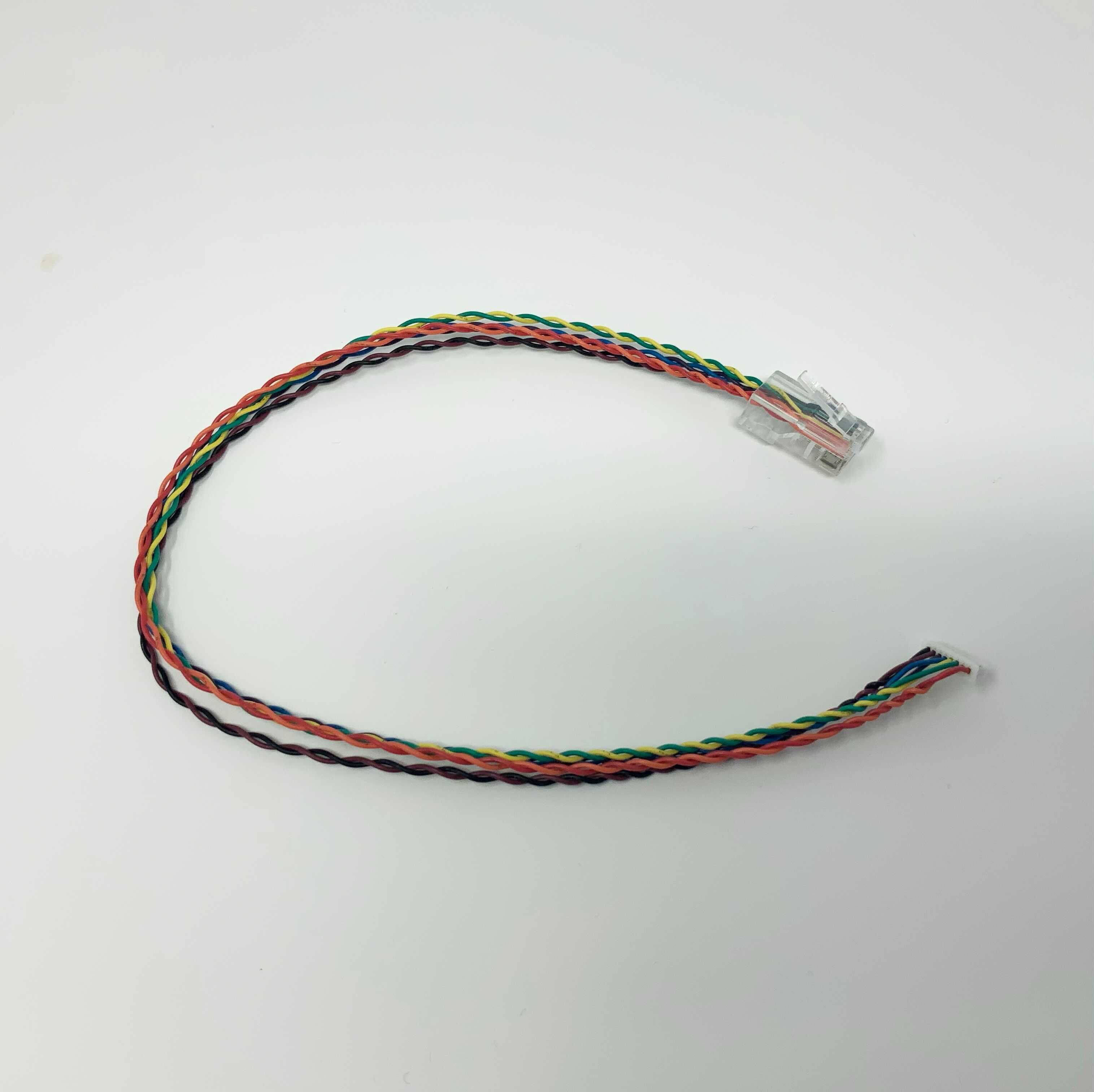 The downsides to this cable are the lack of shielding and the lack of a positive locking connector. On the shielding issue we have found most customers have not found this an essential requirement, and when it is essential, it can be easily added later with a custom cable.

The biggest downside is the lack of a locking connector, however there is potential to design a bracket for GigaBlox Rugged to hold the cables in place. The image below shows the potential mounting points for this bracket. 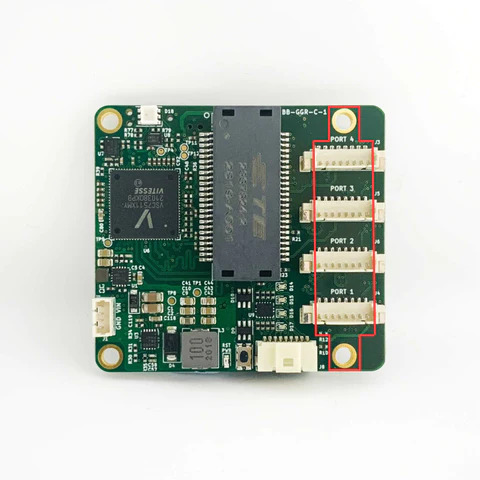 We applied 4.5V to the input to the board and checked behaviour.

Using such a low input voltage was not possible on the previous version of the board due to a minimum UVLO issue on the input regulator. That issue has now been fixed, allowing input voltages as low as 4.5V to work with GigaBlox Rugged. 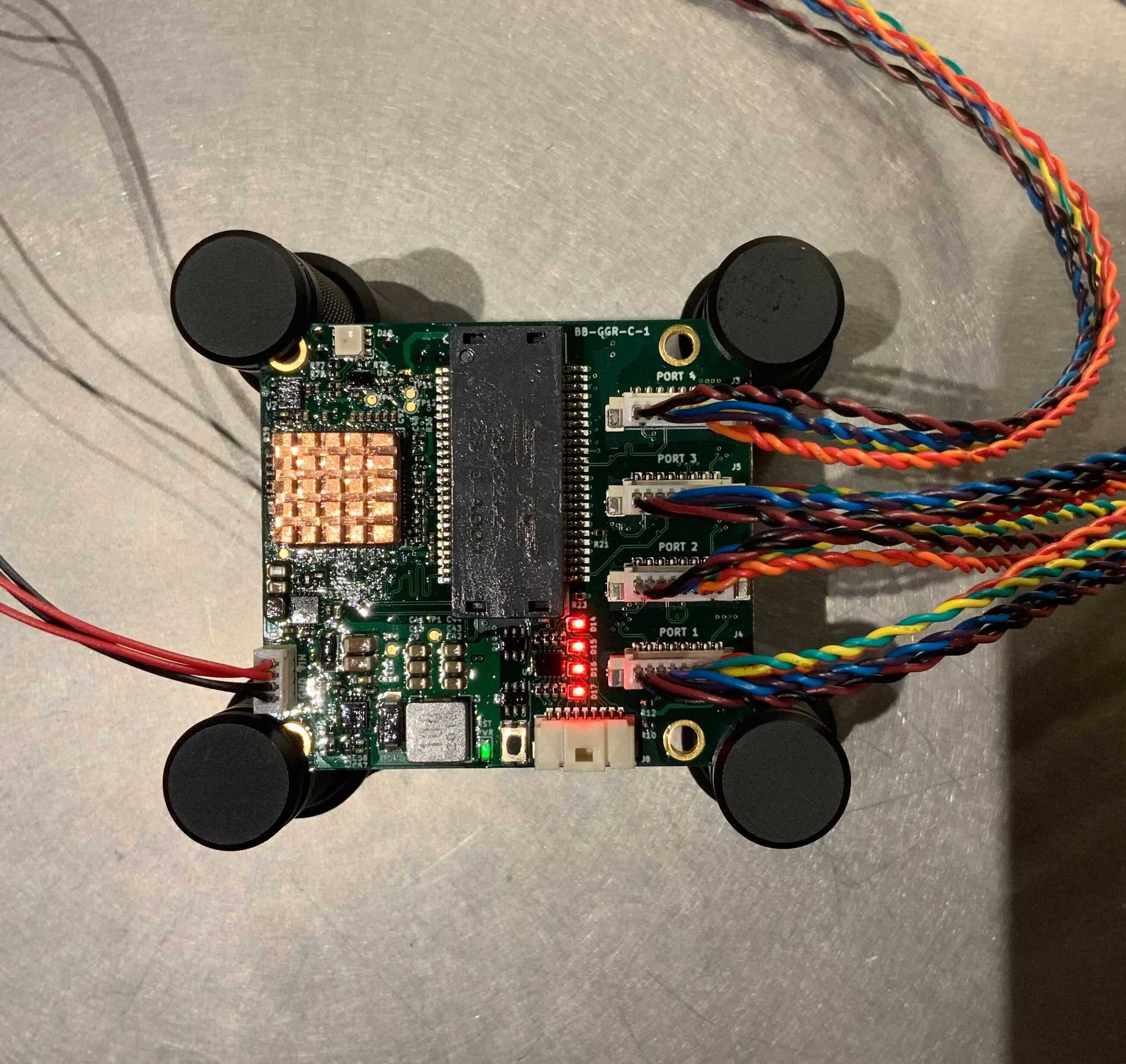 We applied 60V input to the board for this test.

10 Hour Constant 1Gbit/s on all ports

We set up GigaBlox Rugged to switch 1Gbit/s on all four ports and left it running for 10 hours under ambient conditions. We used iPerf running on four raspberry Pis for this test. The results are shown below.

We can see 3.79Tbytes transferred between the first pair of ports, and 3.71TBytes between the second pair of ports. This corresponds to an average of 926Mbits/s and 906Mbits/s respectively. The average retry rate is between 1.21 and 2.37 retries per second. Again this is due to a Raspberry Pi bottleneck issue.

While this is less than the theoretical maximum rate of around 940Mbit/s, we have no reason to believe this is a result of GigaBlox Rugged because we see similar results when just using a patch cable between the two Raspberry Pis. The lower data rate is due to the Raspberry Pi, most likely bottlenecks on the internal PCIe bus.

Heat on board, 1gbps on all ports, heatsink applied

With the board powered and performing 1Gbps on all ports, an input voltage of 30V, and ambient temperature of 25°C with no air flow, we see approximately 62°C on the board, corresponding to a rise from ambient of 39°C. 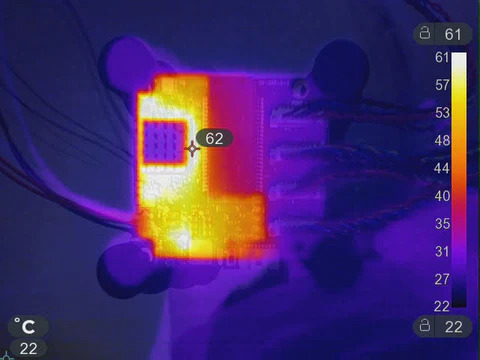 For this test, we applied an external source of 200°C hot air to the top of the board to achieve a temperature of 130°C on the board for 2.5 hours. The board was powered from 30V input. 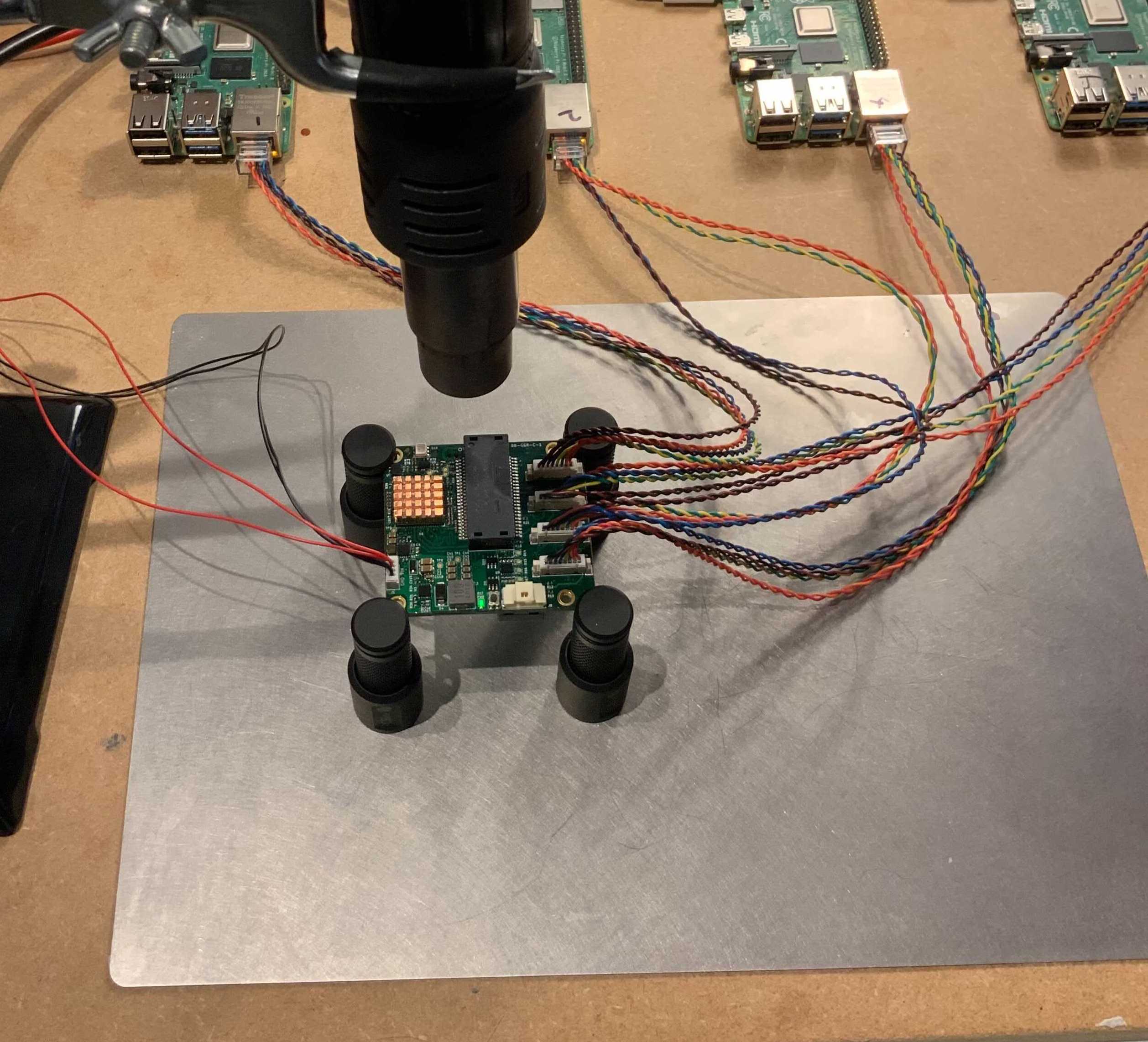 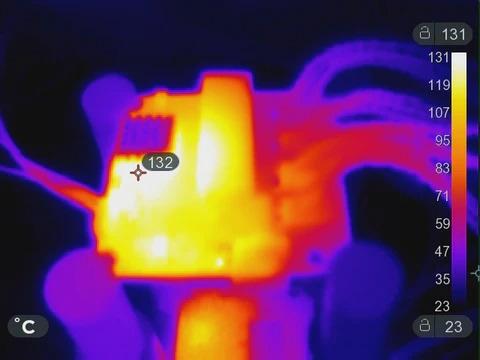 The data rate is shown below.

An average rate of 873 Mbit/s with an average retry rate of 3 retries per second. This reduction in average data rate is a symptom of the high temperature, most likely manifesting in bit errors.

For this test, we applied a cooling spray from ambient to achieve a -31°C in around 10 seconds, while all four ports were networking at 1Gbit/s. We can confirm we saw around 941Mbit/s consistently across the whole test. 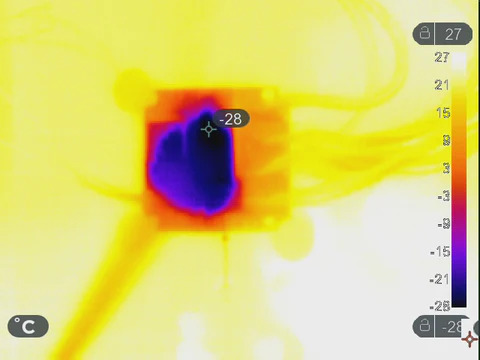